The kiddos had their last day of school at CIS on the day before Spring Break (Easter week). School resumes for two more weeks before we leaved, but it seemed like a good natural break in the schedule. Our April is filled with relaxation and travel. We headed to Jaipur and Agra and have another plan to visit the ancient site of Hampi. Otherwise the kids are enjoying relaxing with their neighborhood friends. Most Indian schools are done at the end of March or beginning of April so all of the neighborhood kids are off of school right now. Most are unavailable to play though untinl about 5 in the afternoon unless they are inside due to heat. But also because some parents don’t want their children to get any darker. So their friends aren’t allowed to swim during the hottest part of the day.

Both classes had lovely going away parties for the kiddos, complete with snacks and a movie. Carson’s class posed for a photo. Every was present except his friend Gabriel who had already left for England for the Easter holiday. 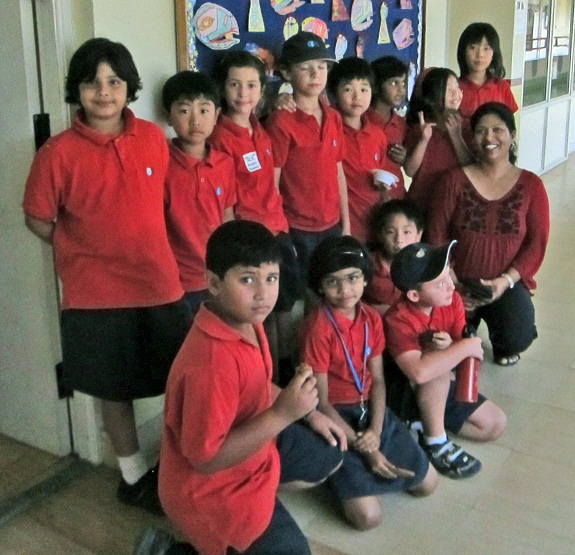 Carson’s last day was particularly fun, since it included the Easter Egg hunt and the final day of Arts Festival week which had special ceramic, chalk, and puppet making classes and special musical performances as well.

Kaden’s class had an especially sweet goodbye for her complete with gifts including a photo of the class. 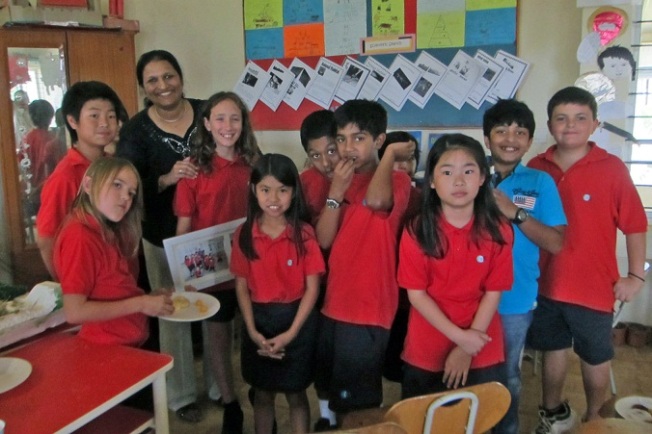 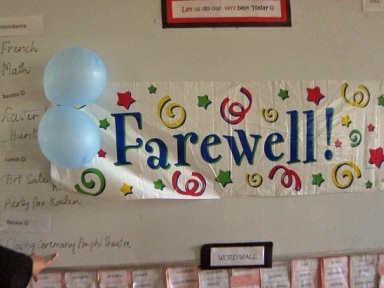 Kaden is going to miss her dear friends from her class. I love this photo of all of them!

After the parties, we stayed for the closing concert of the Arts Festival 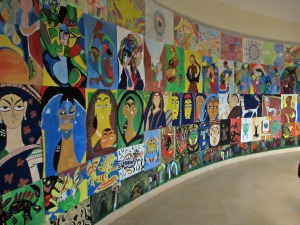 This is a photo of the entire school, grades k through 12. The middle and upper school students wear white shirts and the elementary kiddos wear red.

The kids also had some final fun this week. Kaden went to unicycling club (with all of her BFFs).

Carson had his final basketball class. Kaden missed many of her Bollywood classes because she played on the house basketball team, which one the tournament for the Red House! I don’t have any photos of this match because the school never told the parents that it was happening!

Carson will be very sad to leave his cricket coach. In the final weeks, Dada helped out with the trainings. 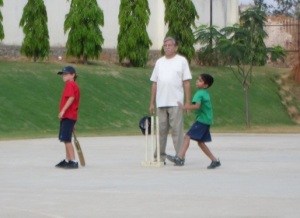 On the way home, the kids enjoyed reading the letters and cards that their classmates had made for them. They will treasure these for a long time. We need to have more times when kids write personal messages to each other about why they are special. What a difference that would make in the world. 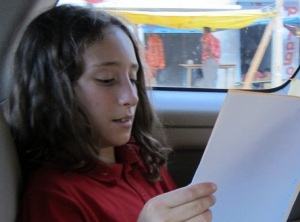 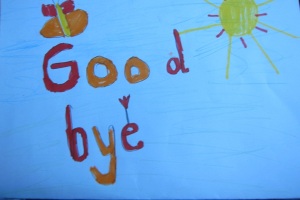 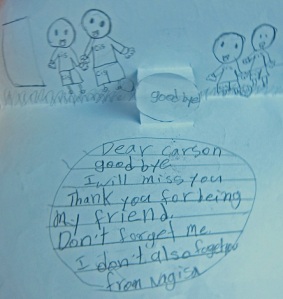 No special day is complete without a trip to the Swensen ice cream shop!! 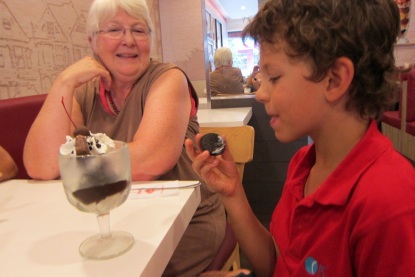